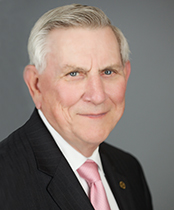 Tom Caskey joined EW in 2004 as Adjunct Partner and became Senior Advisor in 2017.

Dr. Caskey brings to EW a perspective as one of the most respected scientists in the understanding of the molecular basis of diseases.

Dr. Caskey has over 35 years of experience in molecular genetics. He currently serves as Professor of Molecular and Human Genetics at Baylor College of Medicine, and previously served as the Director of the Brown Foundation Institute of Molecular Medicine at the University of Texas Health Science Center in Houston. Tom previously served as Senior Vice President, Human Genetics and Vaccines Discovery at Merck Research Laboratories, West Point and as President of the Merck Genome Research Institute.

Dr. Caskey is also a member of the National Academy of Sciences, Institute of Medicine, Royal Society of Canada, and past President of the American Society of Human Genetics and the Human Genome Organization, and Texas Academy of Medicine, Engineering and Science. He has received numerous academic and industry honors. His genetic research has identified the genetic basis of ten major inheritable diseases. His personal identification patent is the basis of worldwide application for forensic science and he is also a consultant to the FBI in forensic science.

Dr. Caskey previously served as a member of the Board of Directors for EW growth equity portfolio company, Metabolon, and continues to closely follow Metabolon’s scientific and commercial progress.