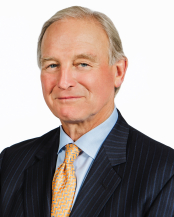 Ron Eastman joined EW in 2006 and served as a Managing Director in multiple funds, including Fund 1 and Fund 2, before transitioning to Senior Advisor in 2021.

Mr. Eastman has over 40 years of experience in building healthcare businesses. He began his career at American Cyanamid Company, which was acquired by American Home Products (now Pfizer), where Mr. Eastman spent 15 years managing various pharmaceutical products, divisions and subsidiaries in the U.S. and overseas. Later as CEO of Geron, Mr. Eastman led the company’s growth from a venture-backed start-up to a publicly traded pioneer in the fields of regenerative medicine and cancer. Most recently, at Rinat Neuroscience, a private biotech company spun out of Genentech with the support of EW in late 2001, Mr. Eastman led the effort to build the first company dedicated to discovering and developing large molecule drugs for treating nervous system disorders. Rinat Neuroscience was acquired by Pfizer in 2006.

Mr. Eastman has a Bachelor of Arts degree from Williams College and a Master of Business Administration degree from Columbia University.