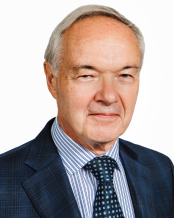 Guido Neels joined EW in 2006 and transitioned to an Operating Partner in 2013.

Mr. Neels has played a key role in building and leading EW’s medical device investment practice. He currently serves on the Board of Directors of EW growth equity portfolio companies AxoGen and Bioventus.

Mr. Neels holds a Business Engineering degree from the University of Leuven in Belgium and a Master of Business Administration degree from Stanford University.