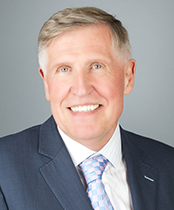 Goran Ando joined EW in 2007 and is a Senior Advisor.  Dr. Ando brings to EW 35 years of experience as one of the most experienced and respected leaders in the global pharmaceutical industry. Dr. Ando currently serves as the Chairman of the Board for EYPT (Eyepoint Pharma) and is the retired Chairman of the Board of Novo Nordisk A/S, a global pharmaceutical company with $120 billion market capitalization.

Dr. Ando began his career in the pharmaceutical industry in 1978 as Medical Director of Pfizer AB, progressing to Director, Clinical Research with Pfizer International in the U.S. Dr. Ando then became VP, Medical and Scientific Affairs at Bristol-Myers and returned to Sweden as President of the Astra Research Centre. Between 1989 and 1995, he held various senior appointments at Glaxo, including Research & Development Director for Glaxo Group Research.

Dr. Ando joined Pharmacia AB in 1995 as Executive Vice President and Deputy CEO, moving to the U.S. in 1997 to lead R&D with additional responsibilities for manufacturing, information technology, business development and M&A. During his eight-year tenure as Head of R&D at Pharmacia/Pharmacia & Upjohn, 17 new drugs were approved by the U.S. Food & Drug Administration prior to Pharmacia’s acquisition by Pfizer for $60 billion.

Dr. Ando was then appointed CEO of Celltech Group PLC in the United Kingdom, one of the most successful European biotech companies, until it was acquired by UCB Pharma for $3 billion in 2005.